The Friary of Ross Errilly was a Franciscan Friary which is often a stop on our way to Ashford Castle located approximately one mile from the viallage of Headford. It is one of the most impressive and finest medieval Franciscan monasteries in Ireland and a must see to those who enjoy visting ancient medieval sites. These building located on the site include a large church, a bell tower, a central cloister and a wide range of domestic buildings, ie a kitchen, bake house, refectory and dormitories. One of the more unusual features at the site is a large stone cistern, which originally held live fish which would have been caught in the nearby Black river. Our visitors can easily lose an hour or two roaming the remains and a visit to Ross Errilly is is highly recommended.

A visit to Ross Errilly Friary

Located approximately 35 minutes from Galway City, Ross Errilly can be a first stop on a Tour of Connemara, whether it is a full day tour or a half day tour. Rarely are there many visitors there and more often than not you will have this entire ancient friary to yourself to explore at your leisure. You will be transport back hundreds of years as you make your way through the ancient hallways. You will be amazed at having such a historic building in what is an astonishingly rural setting. Cows are often in the field in which the buildings stand and to say that the place is peaceful is an overwhelming understatement. No visitor has come away unhappy that they have visited this on their tour and the pictures that can be taken regardless of the weather are always stunning. 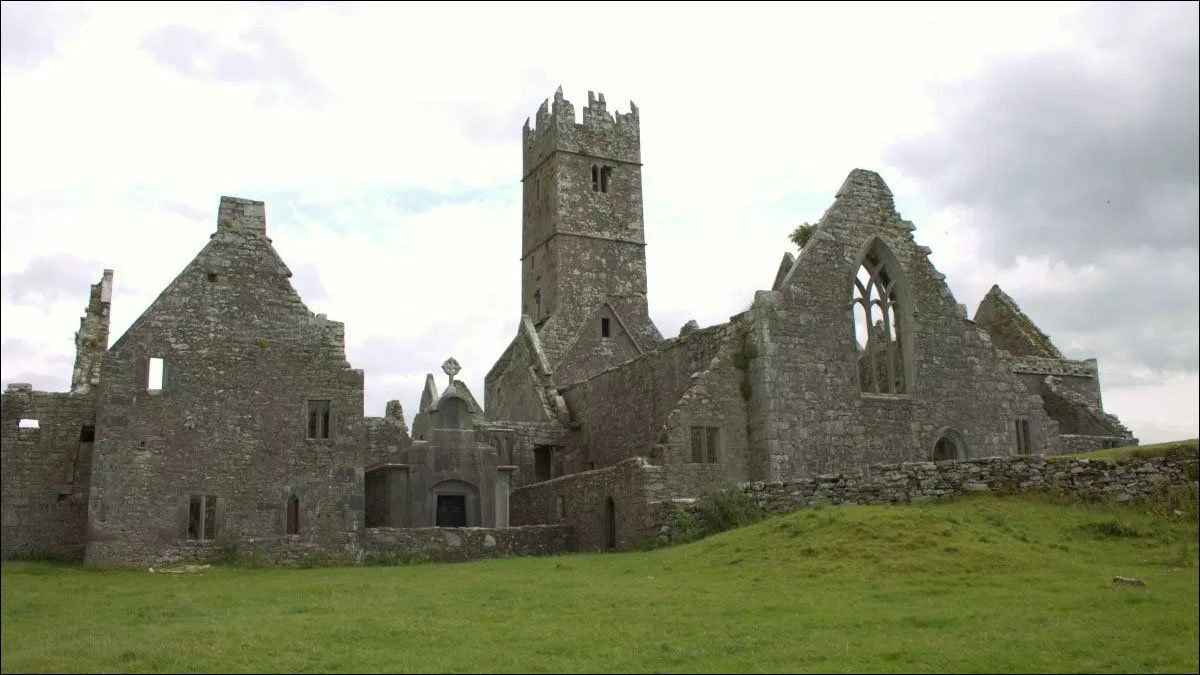 The History of Ross Errilly Friary

There is much discussion about the dates of Ross Errilly Friary, 1460 is the most likely date that Ross Errilly friary was founded in. Around 1472 to 1474 it is said that Lady Nuala O’Donnell, mother of Red Hugh O’Donnell went in person to a Chapter taking place in the friary of Ross, to appeal for the establishment of a Friary in County Donegal. In 1469 is the earliest contemporary reference to Ross Errilly friary occurred when John Blake who was a Galway citizen, bequeathed forty pence to the “friary of Ross”. In 1540 the friary was officially dissolved during the general suppression of monasteries. In 1542 Queen Elizabeth I granted the friary to Richard Sassanach Burke who allowed the friars to remain and offered them his protection. In 1596 during the Nine Years’ War, the friary was occupied by English soldiers who expelled the friars. The friary of Ross Errilly was finally suppressed in 1832.